A 58 year-old man is admitted to ICU for hypotension secondary to decompensated CCF. He has a BMI of 45 (weighs 125kg) and known to have a left ventricular ejection fraction of 20%, diabetes mellitus and hypertension with underlying renal impairment. Over the last 6 hours, his urine output has averaged 10ml/h, despite IV 80mg frusemide bolus and increasing inotropic support to maintain a MAP > 70 mmHg. He is also dyspneic with increasing bibasal crackles. His CVP is 19 mmHg.

Here are some relevant blood investigations (coagulation profile was unremarkable):

Yes. It is reasonable to start renal replacement therapy for fluid overload unresponsive to diuretics.

Indications for renal replacement therapy include:

Q2. You are tasked to insert a vascular catheter for continuous renal replacement therapy. Where would you insert the catheter and why?

At The Alfred ICU our order of preference is: 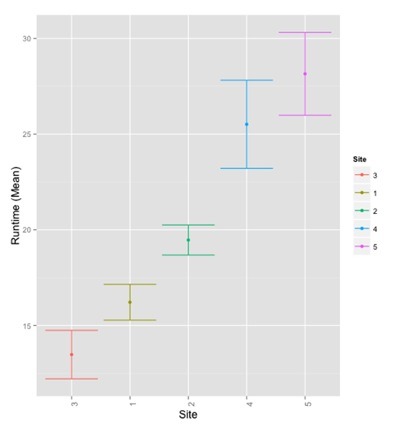 As a point of interest, the KDIGO Clinical Practice Guidelines suggest the following order of preference: right internal jugular, femoral, left internal jugular and subclavian in the dominant arm as a last resort.

While subclavian vein catheters are more comfortable and have possibly the lowest infection rates, they pose greater complication risks such as deep vein thrombosis, pulmonary embolism, chronic limb oedema, and contraindication to formation of AV fistulae for long term dialysis in the setting of brachiocephalic vein thrombus and stenosis. They also provide relatively ineffective flows. As such they should be the site of last resort.

When to avoid the femoral veins

Q3. Hang on, what about the infection risk at different sites?

While the 2011 recommendations from “Healthcare Infection Control Practices Advisory Committee” of the Centers for Disease Control and Prevention advise to “Avoid using the femoral vein for central access in adult patients” (level 1A recommendation), this is not supported by a more recent meta-analysis by Marik et al (2012).

Marik et al’s meta-analysis found 2 RCTs and 8 cohort studies that met their inclusion criteria. There was no significant difference in the risk of CRBI between femoral and subclavian sites (i.e. no level 1A recommendation). The internal jugular site was associate with a significantly lower risk of CRBI compared to the femoral site, but this was explained by 2 studies with statistical outliers.

Q4. What size catheter would you use? What are the reasons for choosing this size?

About 14.5Fr is probably the optimal size.

Larger catheters are more prone to DVT formation. Smaller catheters will struggle to achieve blood flows of 200-300 ml/min, which is often required for adequate RRT and maximising the filter life.

Q5. How is catheter size measured? What does that mean in metric units?

The french size refers to the external circumference in millimetres. Hence the diameter of 1 Fr = 0.33 mm  (by rounding down pi = 3).

The tip of the catheter should be at the superior vena cava – right atrium junction or even in the right atrium for best flows.

Q8. What else should you do to increase the lifespan of the catheter you have just inserted?

Labs and Lytes
One comment to “Mastering the vascath”